This is a sad post. You will need to hug an animal after reading it. Or a cake if an animal isn't available.

Rocko the Cat is gone.

My cat life partner had to be put to sleep this past weekend. He was 13 and some, and he had some ongoing health problems, but on Friday his little body stopped working correctly. He went to the cat hospital but it turned out he wouldn't recover.

So I am super crazy sad, and its so quiet in the studio. This little guy was my 24/7 companion for almost all of my adult life and its going to take some getting used to to not have his annoying, but sweet fat face around. Rocko has always been heavily featured on my blogs over the years. I thought one final post for him would make me feel better. 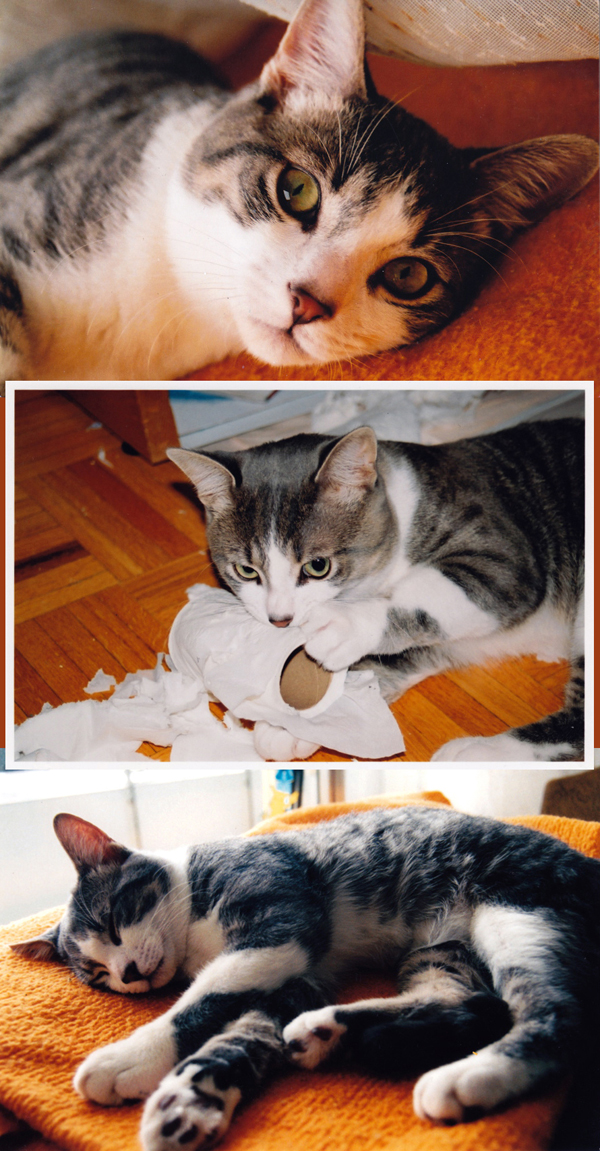 He was SO NAUGHTY and a bit wild in his youth. He wrecked things a lot. Chewed expensive things, scratched stuff. He also slept in drawers and would get fur on ALLL the black things. 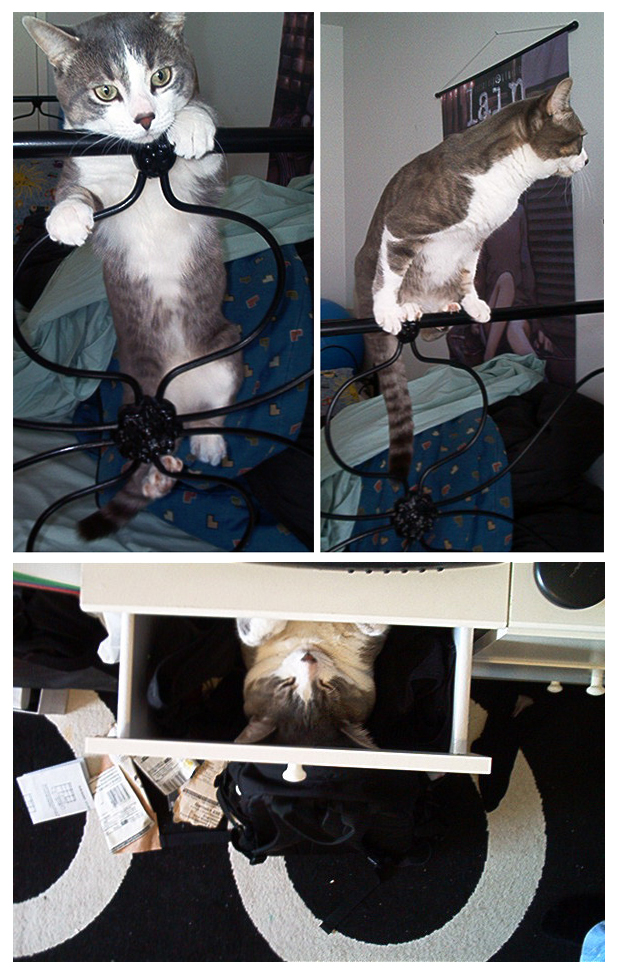 Always so helpful when you are trying to work.  I have hundreds of photos of him in my studio, hanging out while I work. 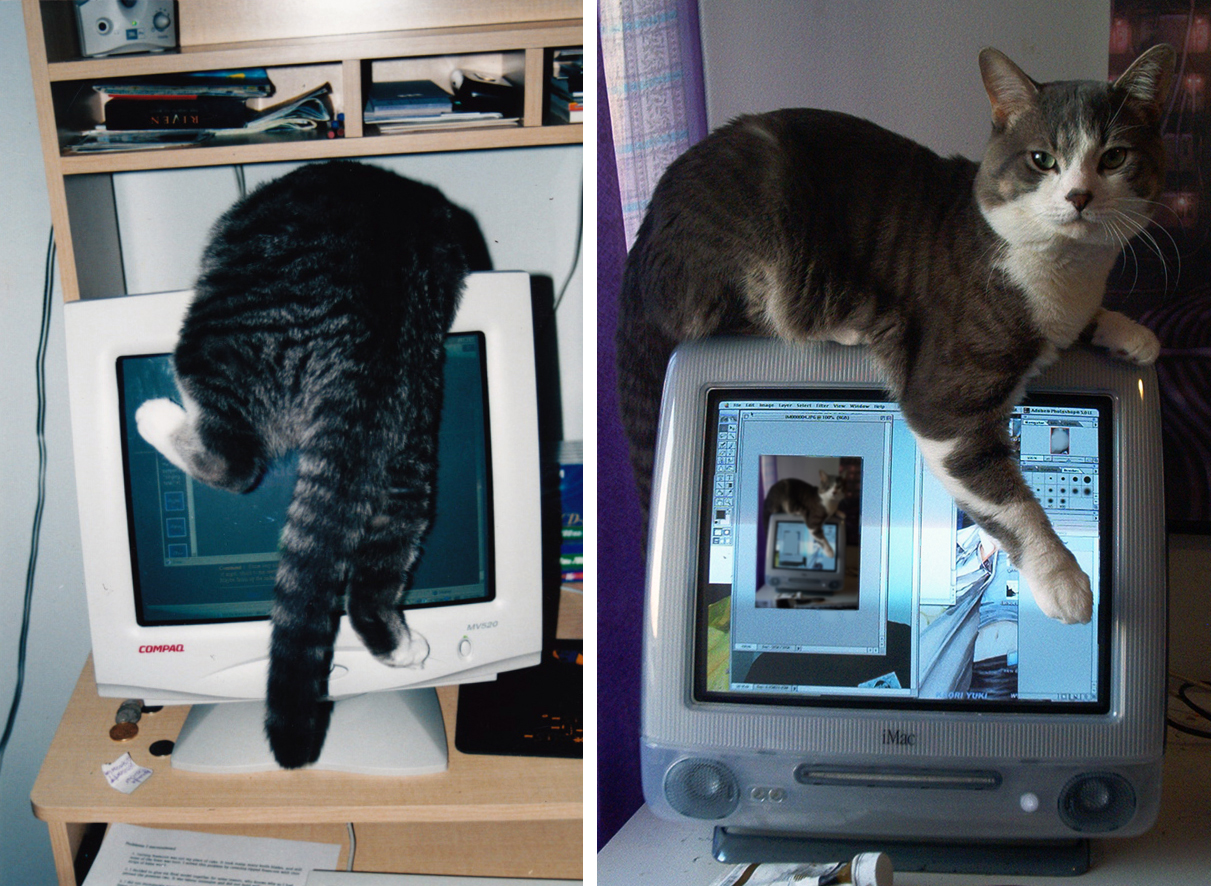 He liked both of us for different reasons. Nathan was the soft touch who spoiled him. Rocko craved the particular petting and baby talk Nathan gave, and I could not replicate. It made him purr like nothing else.
I was the one who gave him constant attention, he follwed me from room to room and slept on me. I think I was his cat wife. 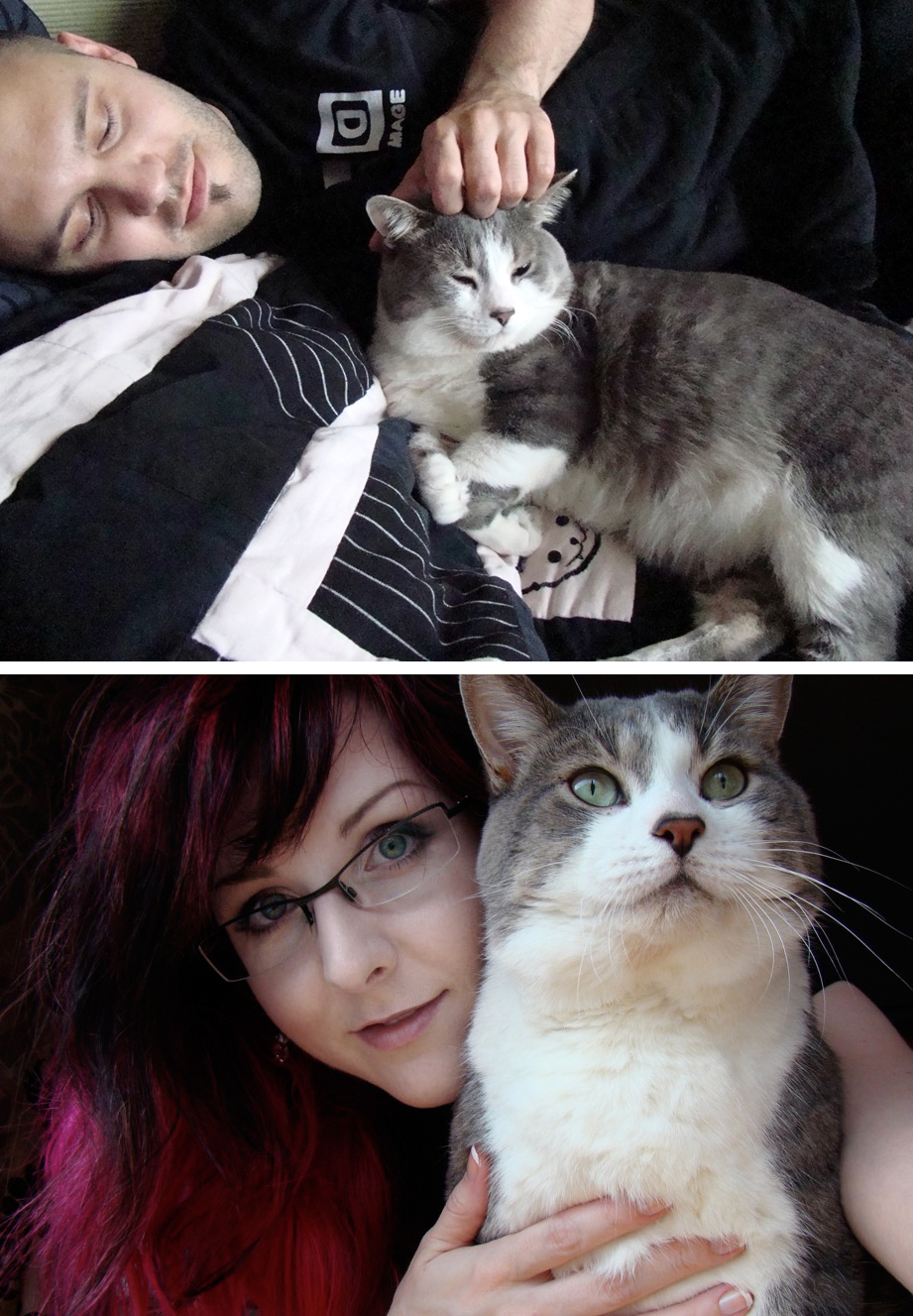 He got fatter and fatter as time went on. He is a big cat to begin with, but he did love to eat. His face got very round. All of him got very round.
This beige/grey fade on his foot is his best feature. Its lovely. 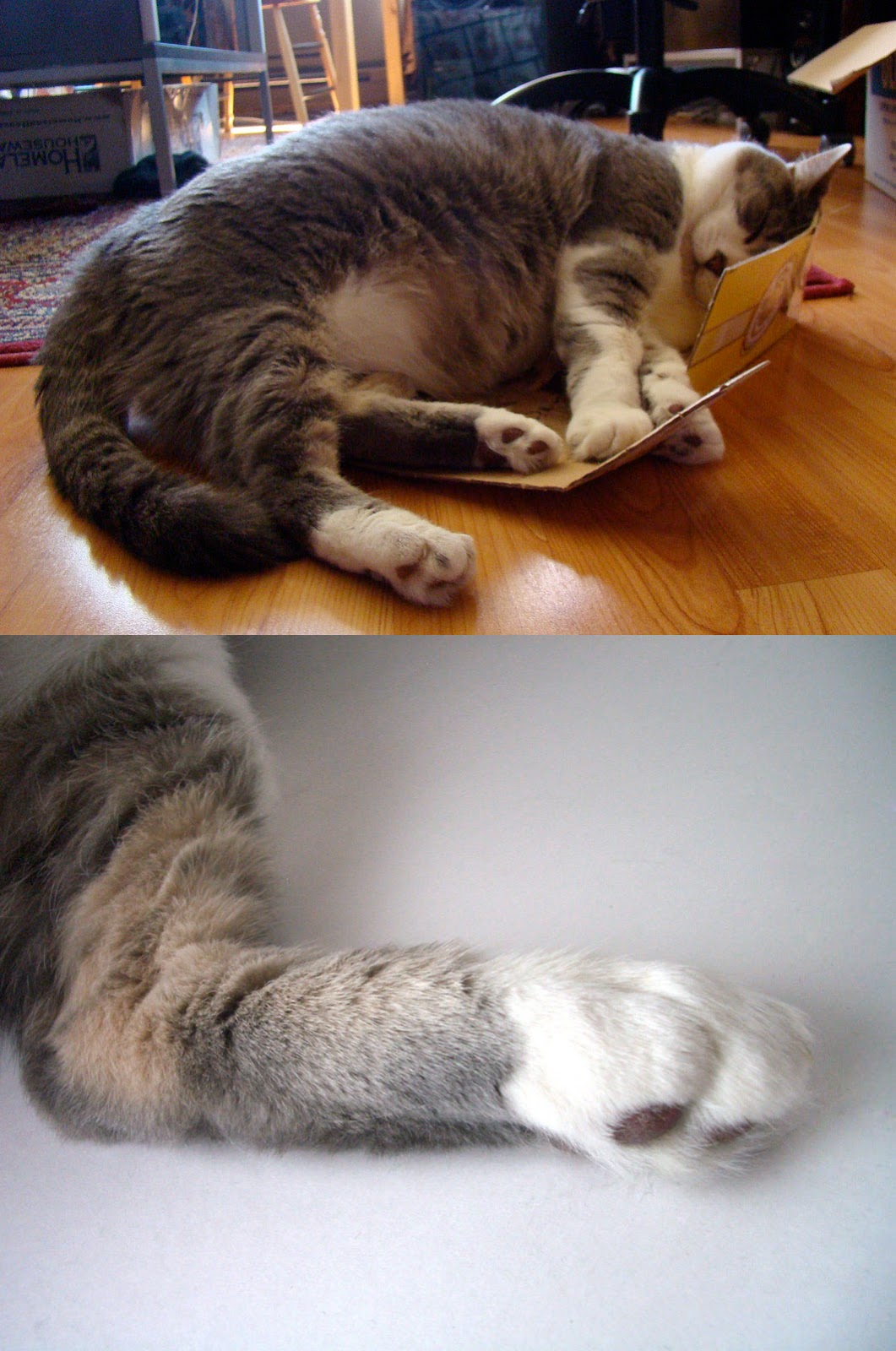 Here are some glamour shots of him. Fancy cat. Like all cats he doesn't like to pose. I just took SO MANY photos of him that I have dozens of very pretty headshots if he decided to become a cat actor. 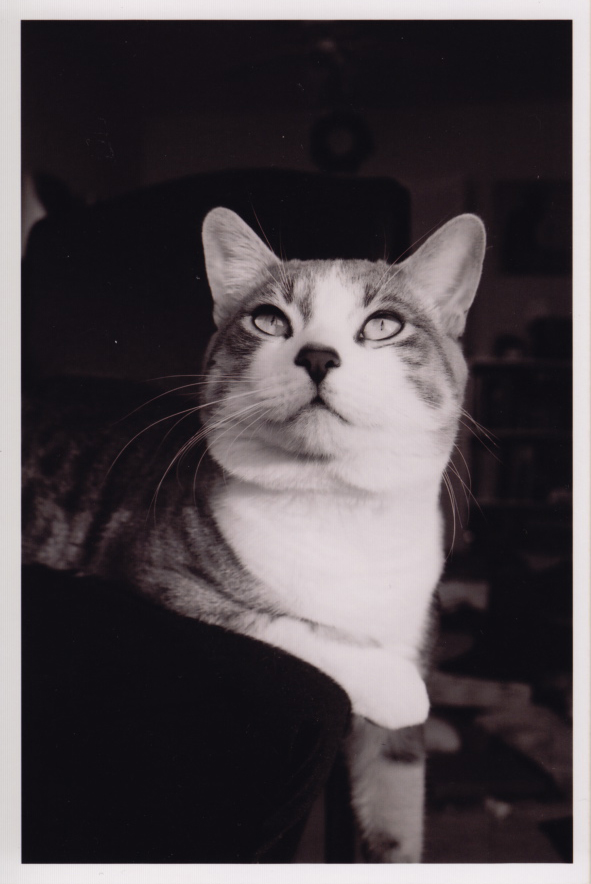 This one is film. 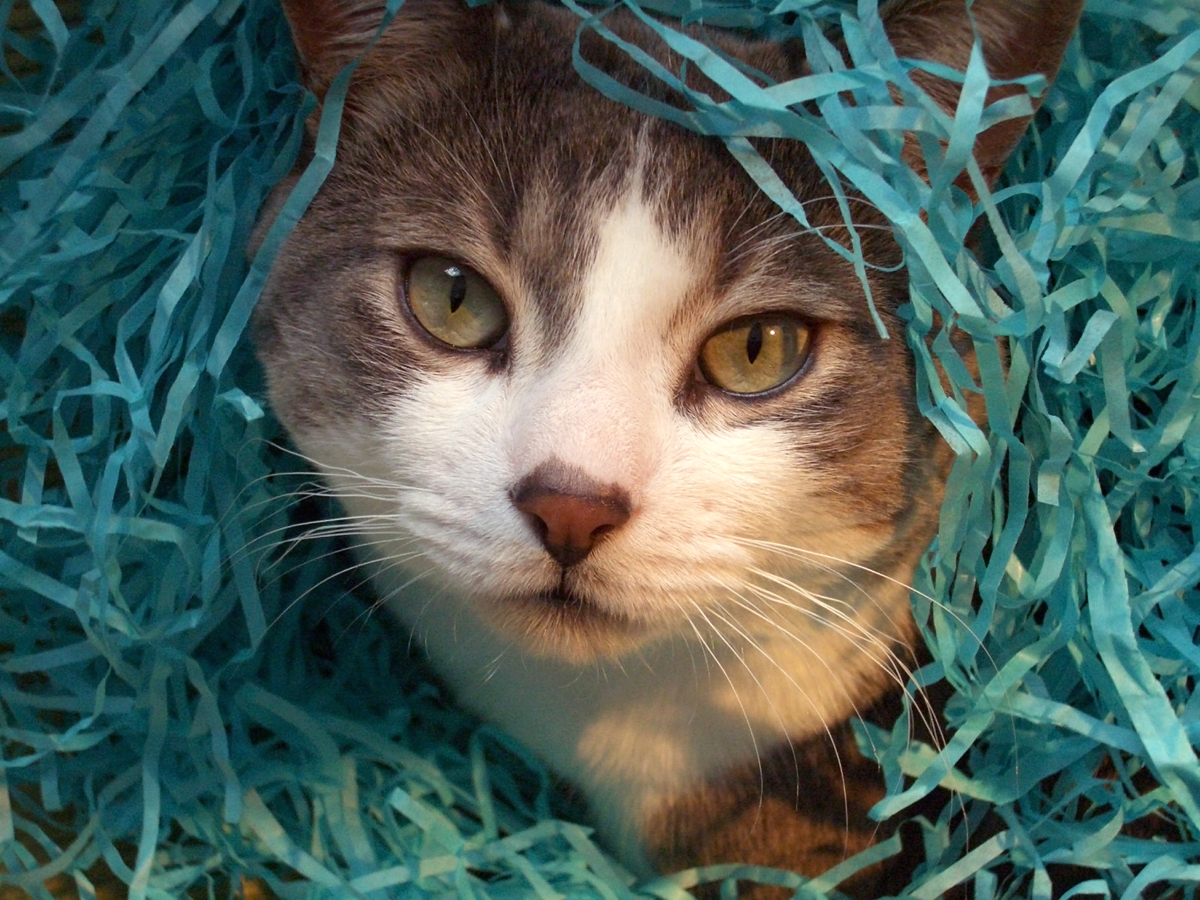 He lived in 3 different apartments with me. Was there through all of university, dull jobs afterwards, my working at home days...I have never really lived in a house without a cat. I mean, who do you even talk to?? People???

Here is one of the last clear shots I have of him. Taken with the iPad. He also lasted through film cameras, shitty 1.8MP digital cameras, flip phone camera, iPhone camera, all the way through to iPad. :-) 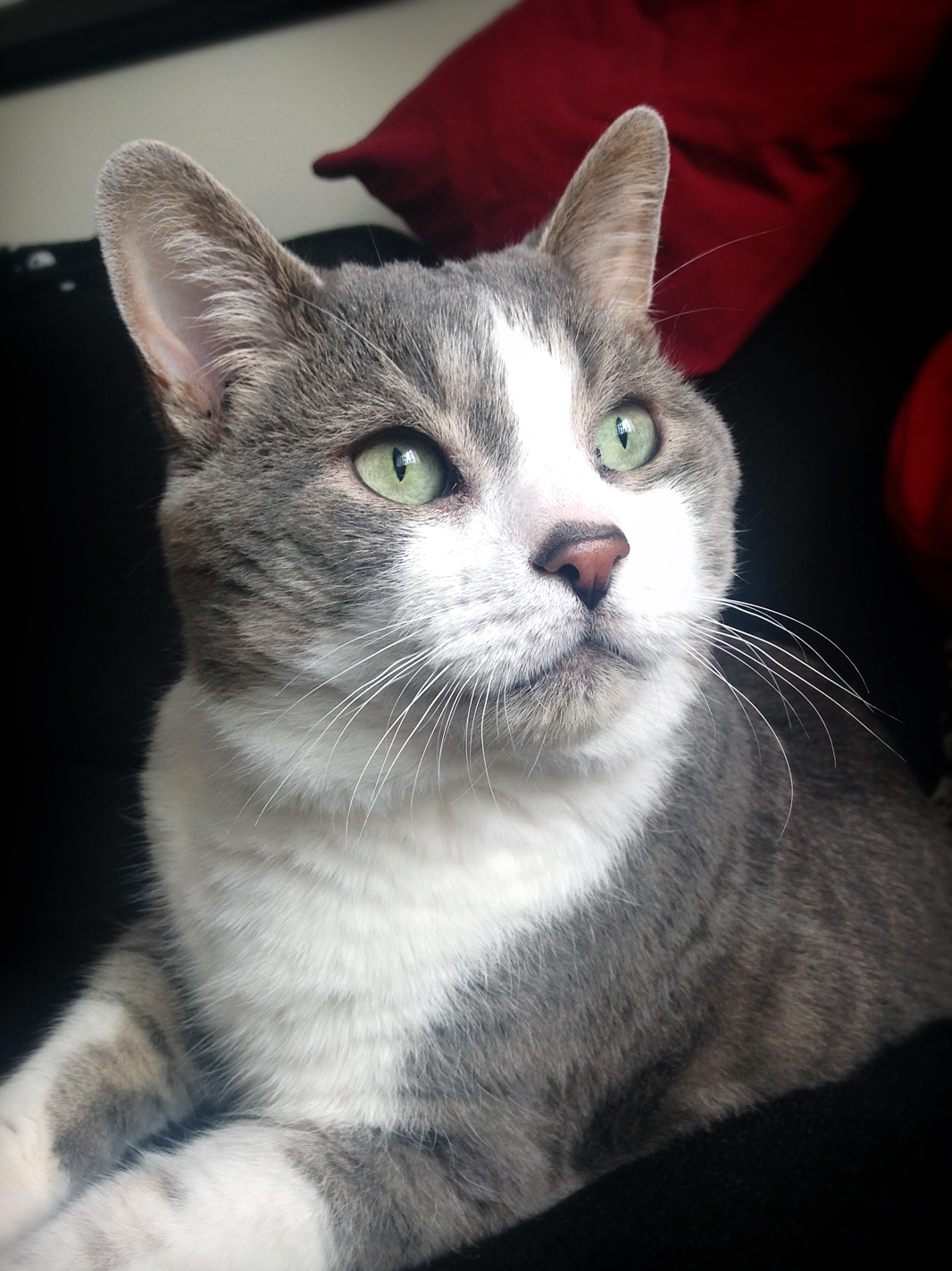 Just chillin' on the couch, being handsome.

And the last one isn't as pretty, but it really sums up how he changed in his final years. He was snugglier and sweeter then ever. Started to get very strict cuddling routines. He talked constantly in the tiniest squeaks and chirps and was generally attached to me all day every day.  Even though he had started to get sick and I often had to manhandle him, give him medicine, bath him...he never ever got upset at me. Near the end he took up A LOT of my time. He would get confused and have to be steered to do things, but he repaid with so much cuteness that it was ok.

This was a sunday morning, before breakfast. We would spend quality cuddling time for a few hours by ourselves. It was one of my favourite times of the week. 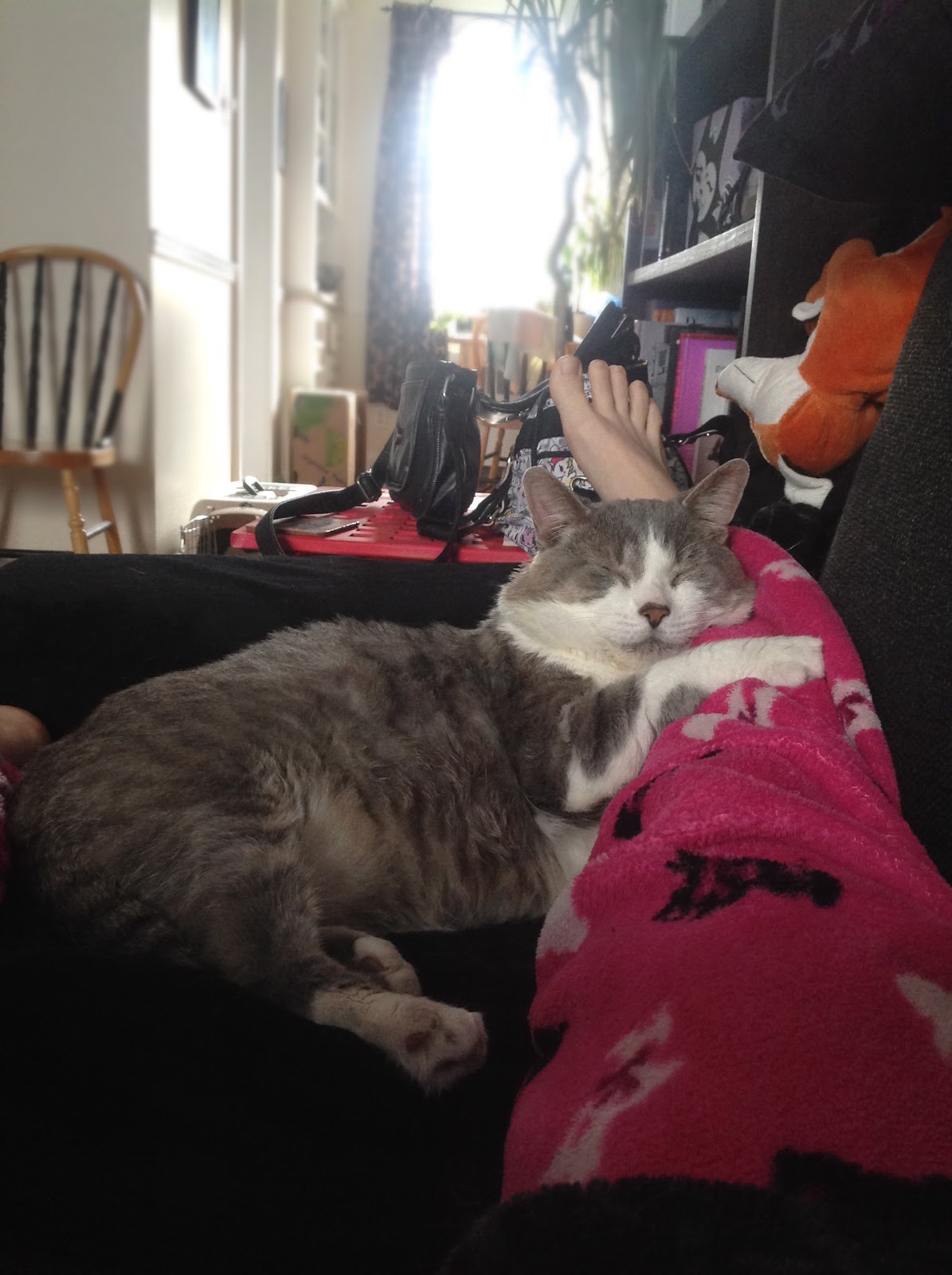