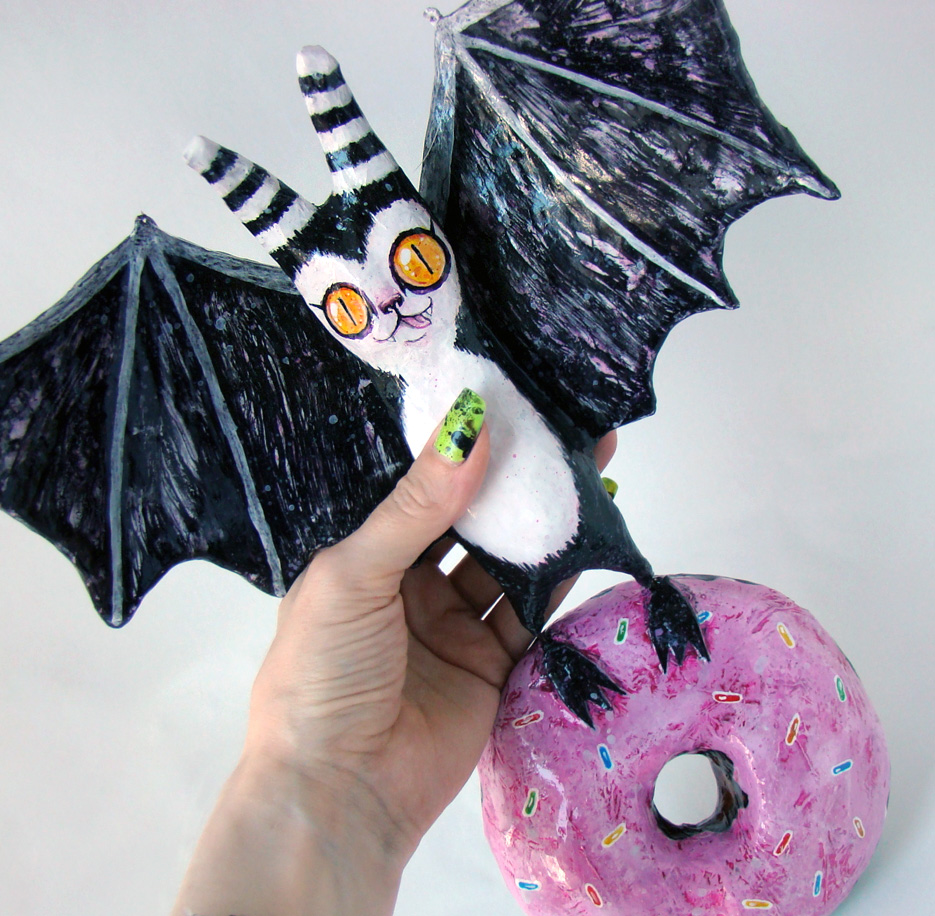 I just finished and listed this papier mache bat with a wire skeleton. The donut (and his feet) are hinged to his body, so it kind of swings back and forth.

Here are some process photos... 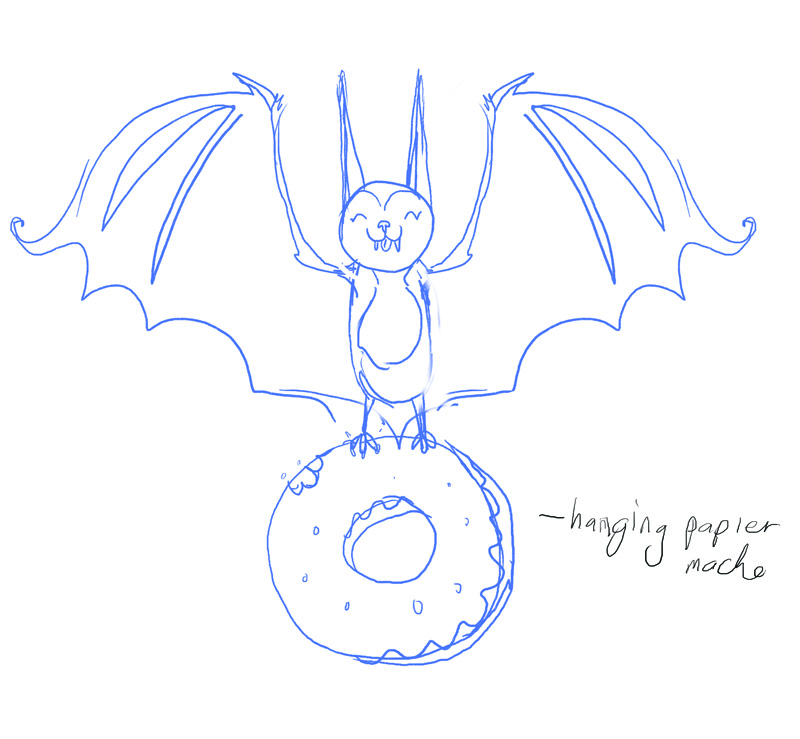 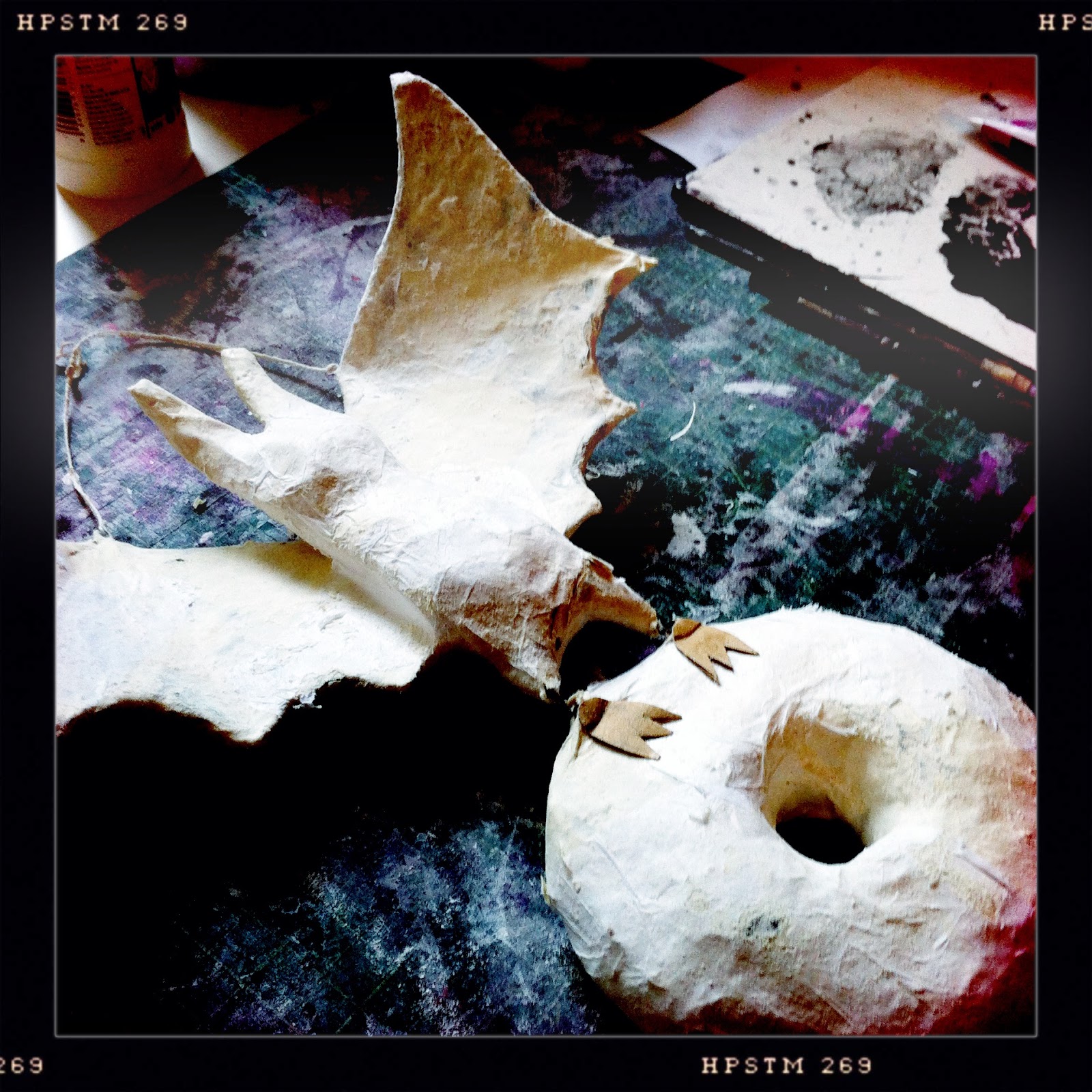 I really should have taken one at the skeleton stage, but anyway...Here is his unpainted body when I was adding the feet. I Added another few layers of papier mache and then sanded it. 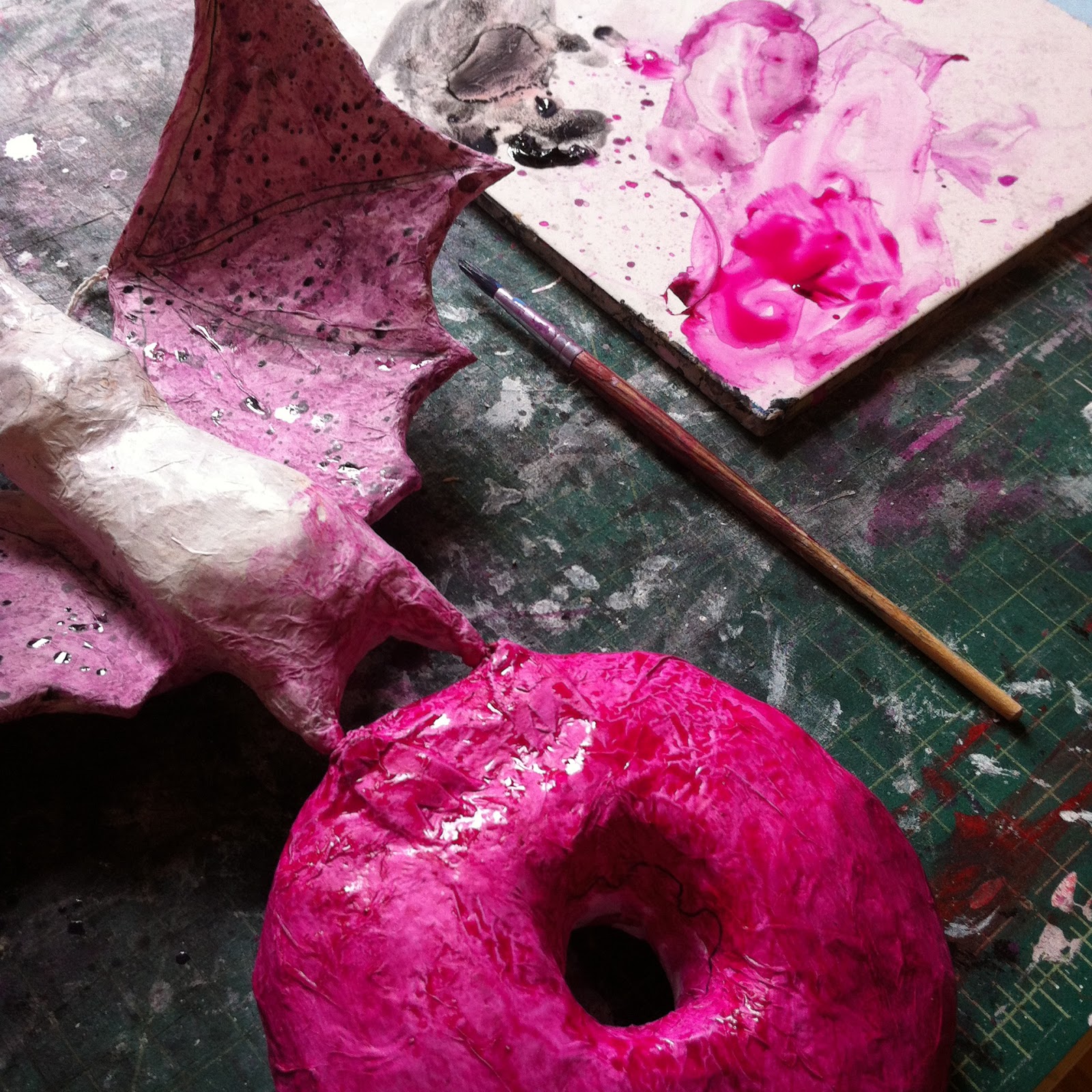 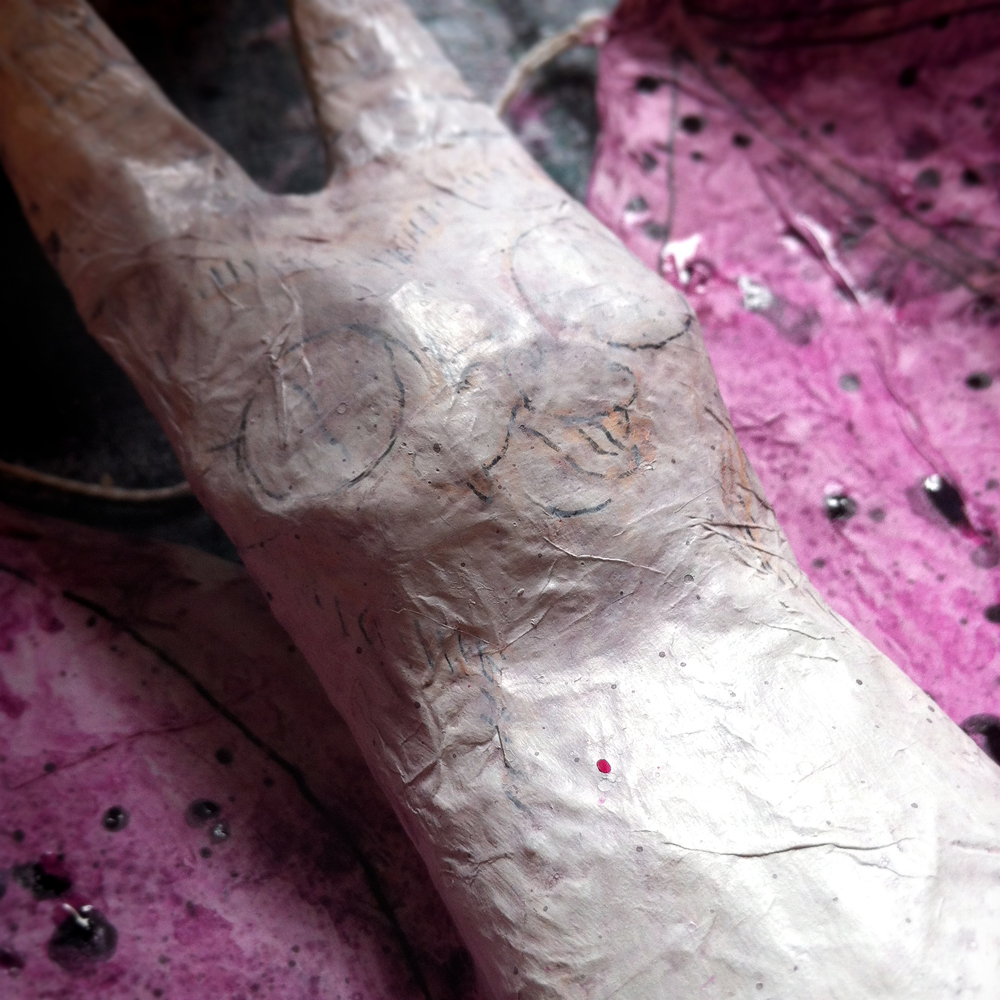 I drew his face with a pigment liner then put a coat of white overtop for there is just a faint guide to paint from. 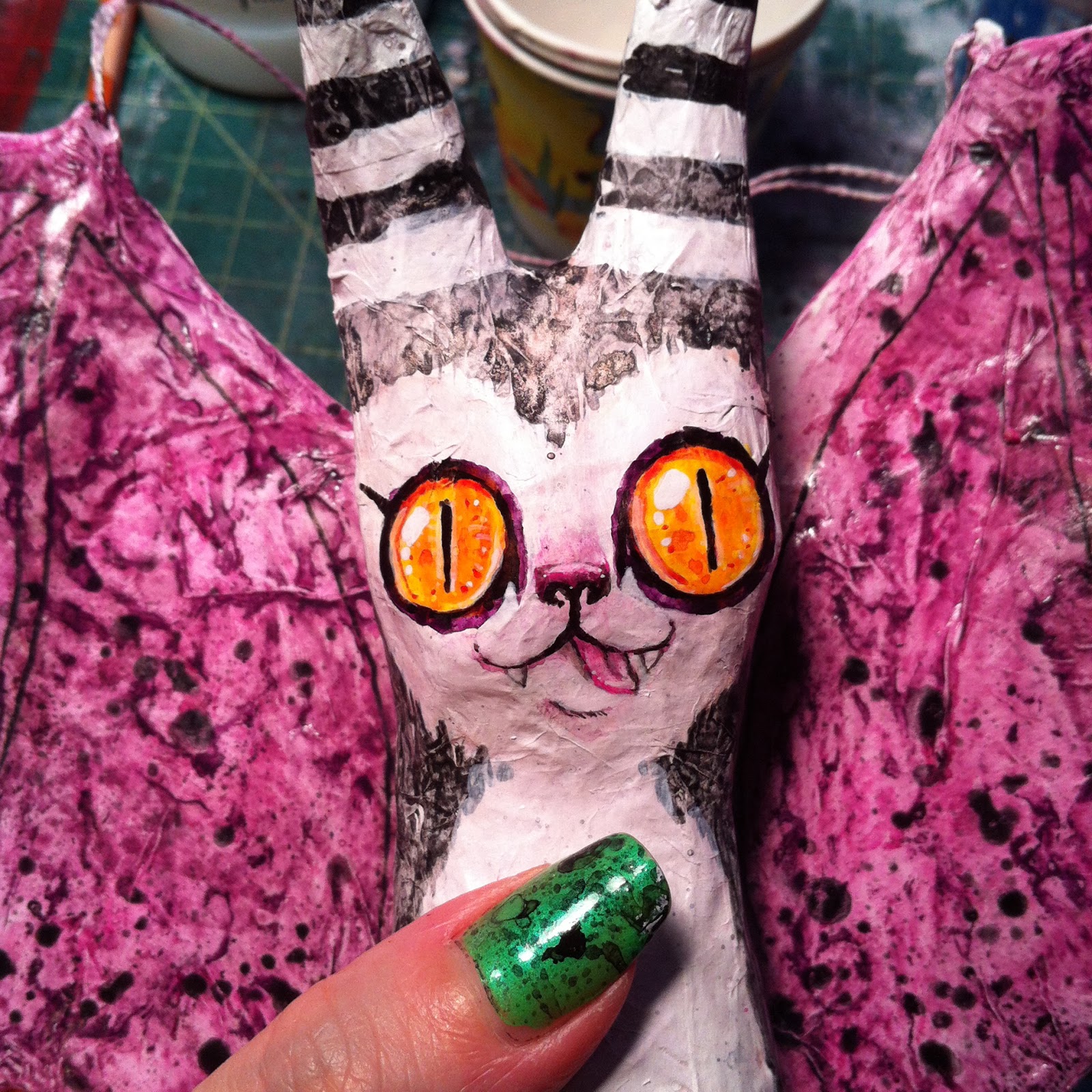 I think this is almost the completed face. I used like, the tiniest brush I had, and then cut most of the bristles off to make it tinier. Then sealed it with varnish before doing the rest of the sculpture. 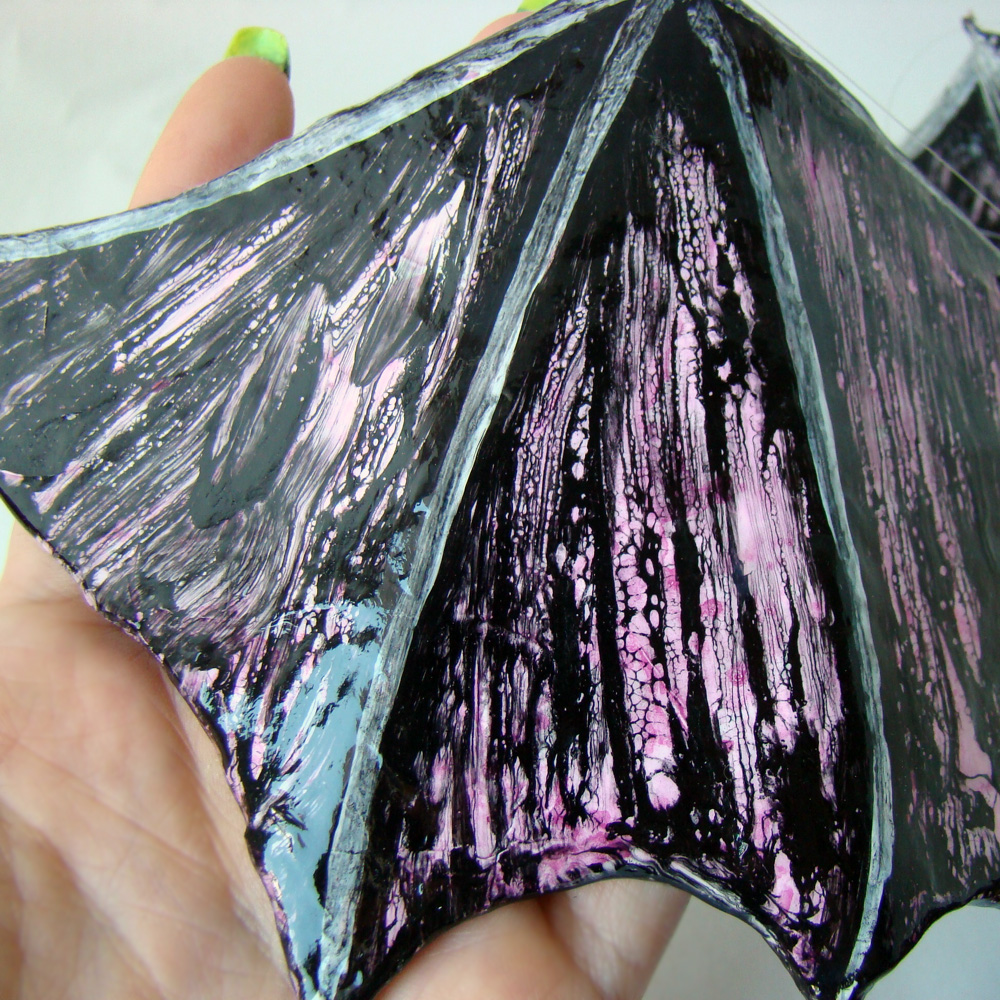 The wings I gave a weird crack/resist effect. You only get one shot at it! Painting over a wet layer, so it kind of breaks and resists the paint as the bottom layer dries. Also because he is not flat I basically had to do each wing segment at a time so it wouldn't all run everywhere. Lots of interesting imperfections. 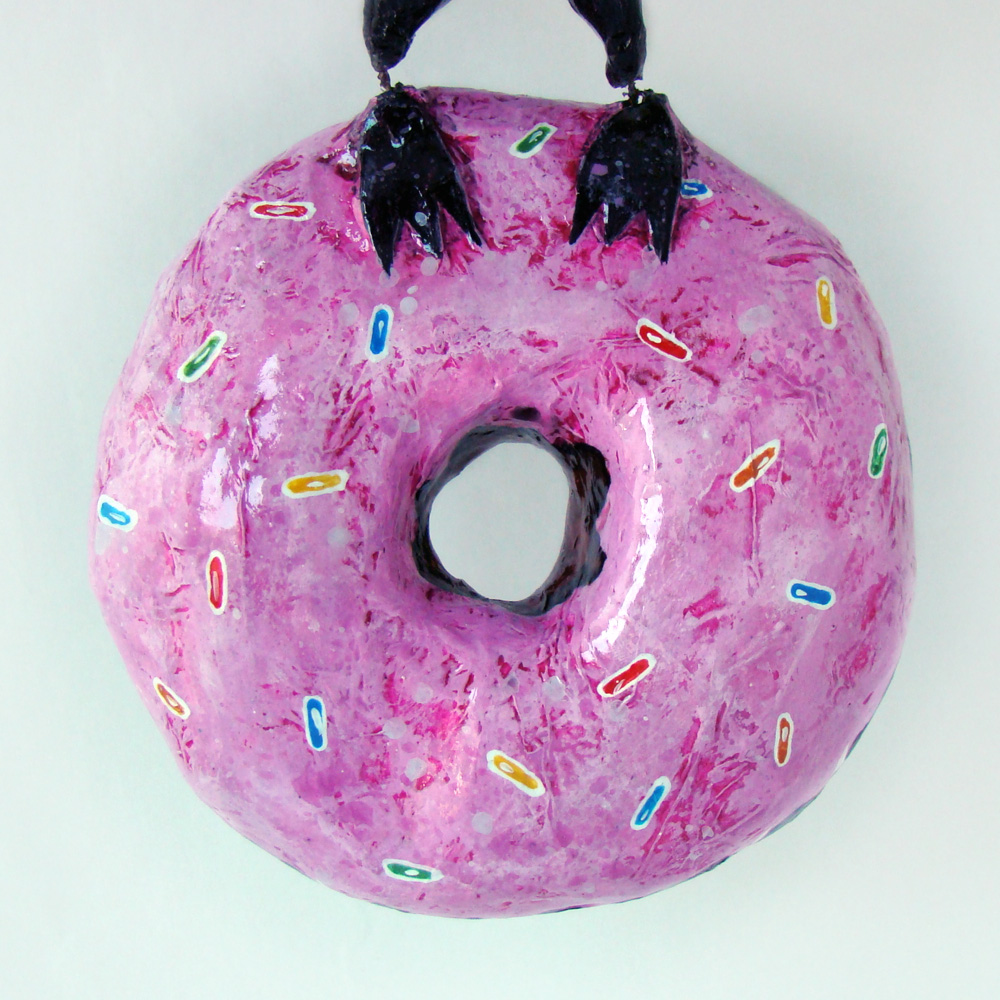 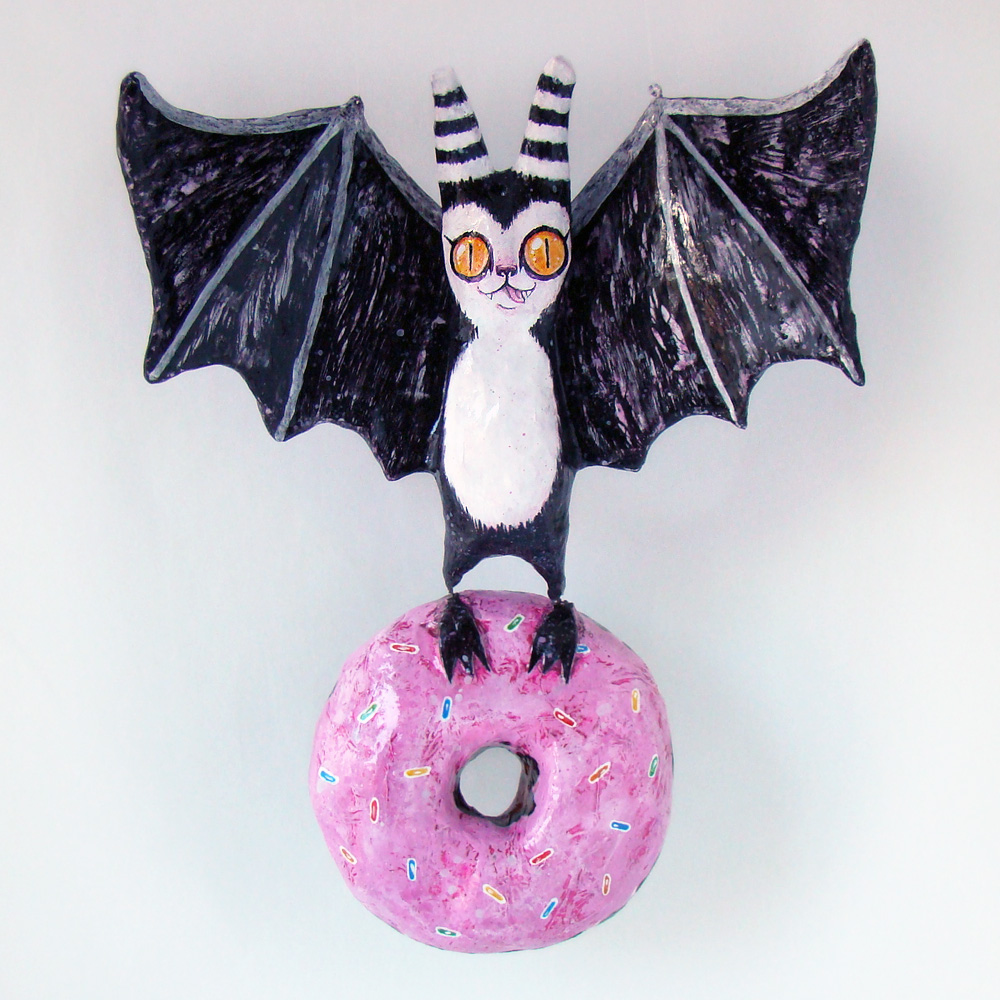 He hangs from an invisible wire that attached to his wing tops. I designed him to be viewable from all sides, so you could hang him from a ceiling.

Its always fun to make these papier mache work, but it takes FOREVERRRR because you have to wait for each coat of stuff to dry. Like,  this was hanging around for weeks. Turned out cute in the end though. He is here.

I want a donut.

Ok, so its been a year since I posted anything. Heheheheheeh *nervous laughter*

But I decided to start it up again, because I am working on rebranding a lot of my stuff and a blog just fits better now.

I *just* made a new little hub website. Live today. 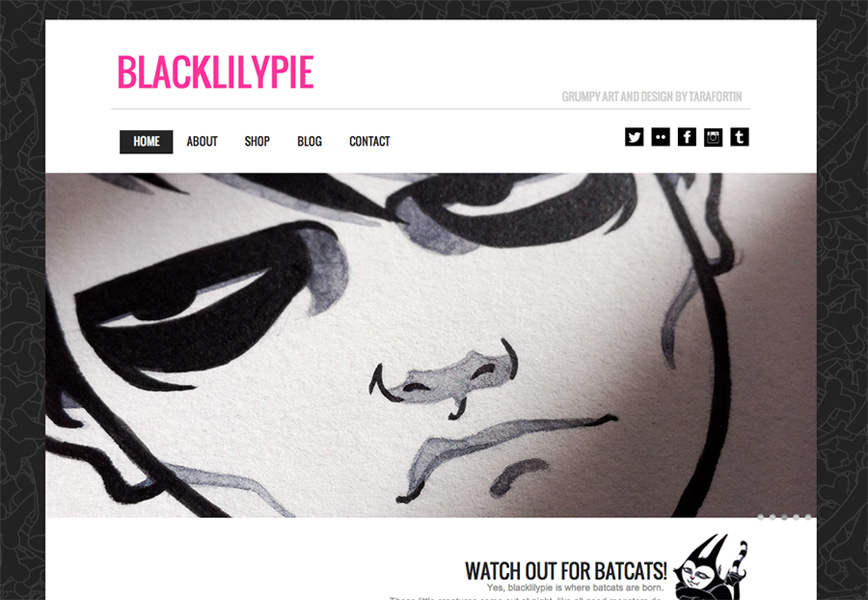 Blacklilypie.com had been pointing to my etsy shop for a few years now. It was just the easiest way to show people what I do. But recently I have been doing work for selling on sites like redbubble and society6, so I thought, I should make the website I should have had for years now.

So I made my website in an afteroon. It is pretty much the most basic of sites that an 8 year old who wanted to get into web design would make, but its functional. Its probably only a temporary one that will be replaced with a serious bizznas one with an incorporated shop someday, but not this day.

So the blog is starting up again, I will probably be posting lots of work in progress pictures, shop updates, sprinkled with instagram pics of cats, Ottawa stuff, and me doing a derp face.