I think its going to snow...

Ugh. I forgot what it was like to be cold.

But it does help get me in the mood for winter things. Like listing this little dude! 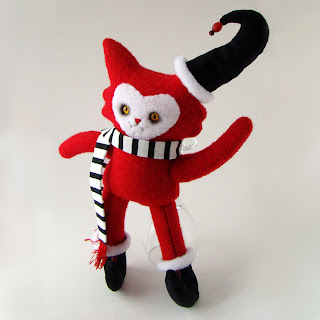 Haha! Is he an evil elf? Or a good elf? Who cares. The hat says evil but the scarf says not evil. I never want to sell these little critters, but if I kept them all I would have to eat them so its not a very good option. Haha.

I am working on Holiday cards and have stockings to list and more more more stuff. You would think I am a Christmas nut or something. I *thought* I wasn't...Am I?

And with all this self imposed rush-rush, my little cat dude has become increasingly naughty ,loud and demanding. He hates his food, he hates his bed and he hates me for not spending enough time looking at his cat-face. So annoying!! He sounds like a lost sheep, bleating and bleating all day.

You think I could get a picture of him being bad??? NO, of course not. 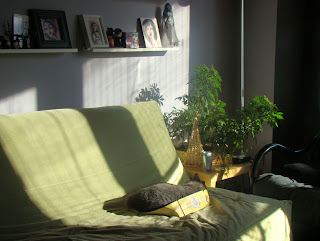 My "little cat" knows when I am trying to catch him being bad to prove he is the baddest cat in history. He is too smart for that. 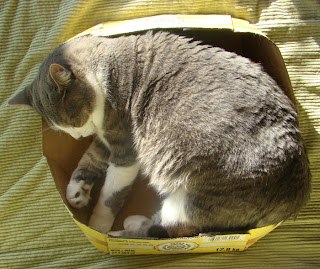 He just curls his enormous body into his beer box (where it came from we have no idea) and refuses to perform his devil deeds on film. ARGH.
at 8:14 PM