Reworking an older painting in Procreate. 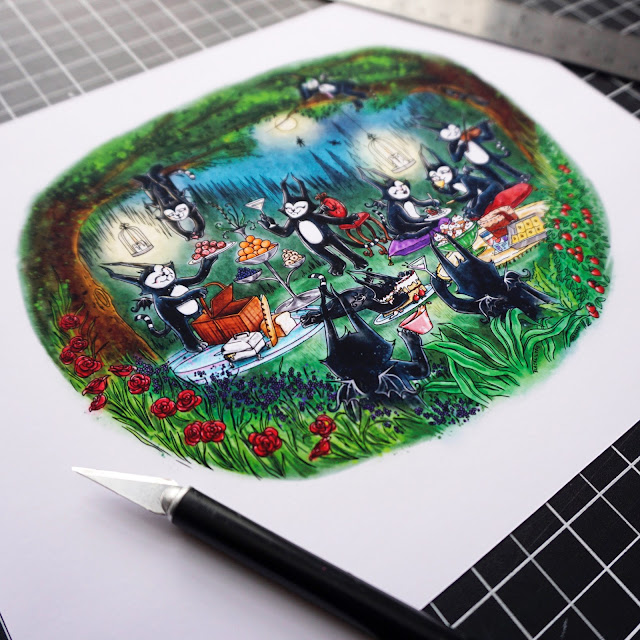 I decided to try a repaint in Procreate on the iPad. I started with my painting of a Batcat Tea Party that I did some time in 2006. I used to sell prints of this on Etsy. The new version is now available. 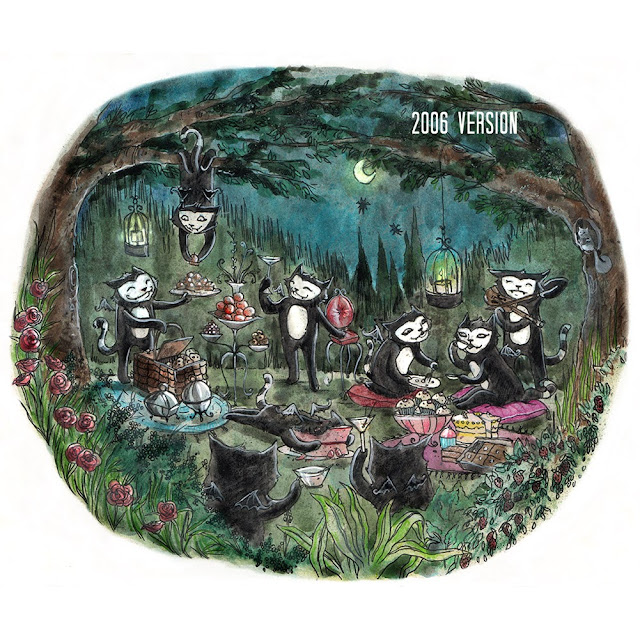 The older version. It was ink and acrylic paint on illustration board. I don't even know if I still have the original painting of this in a drawer somewhere...

I used to do a lot of painting, both for selling online and even just as personal work, but a few years ago I had a back injury and spinal surgery that made painting in the same way I used to difficult. I don't really do work in this style anymore. 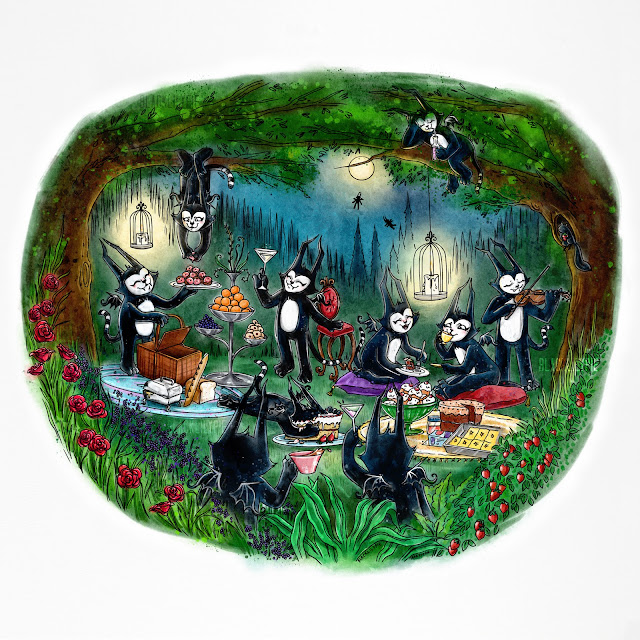 I didn't spend much time thinking about reworking it in a serious way, just basically using it as a sketch and drawing over top. I only added one element, the batcat in the tree branches drinking a pop. At times I actually thought, that it was like those adult colouring books. But with about 10 layers in Procreate. 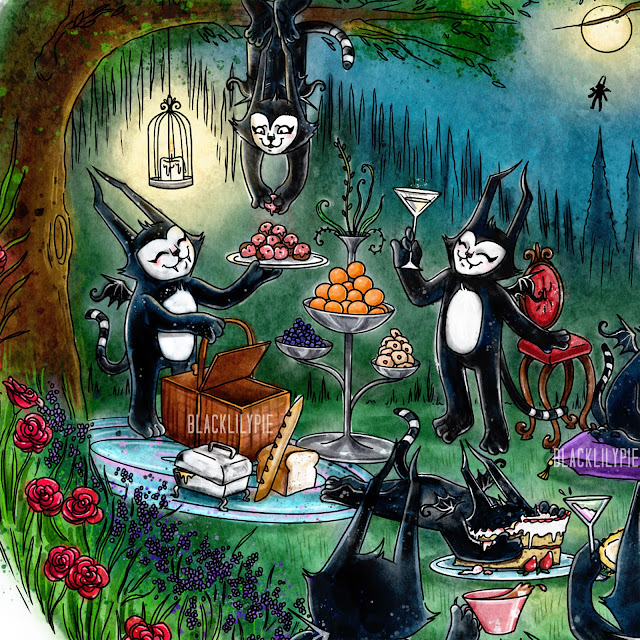 I think it was pretty successful! I do miss the gamble of painting. There is so much you don't control, and the best parts of my paintings were always accidental. I LOVE SPLATTERS! But digital painting has a LOT of marks in its favour! Obviously, UNDO. But also its relaxing, you can do it anywhere, you can stop and start with no prep, you can have multiple versions...CATS don't walk on it and leave footprints! And Procreate keeps stats on your work. This took about 20 hours, and had 24,000+ strokes.

I already have a few other images I think I may try repainting.

On Mobile? Click here for links to places where you can find my work.