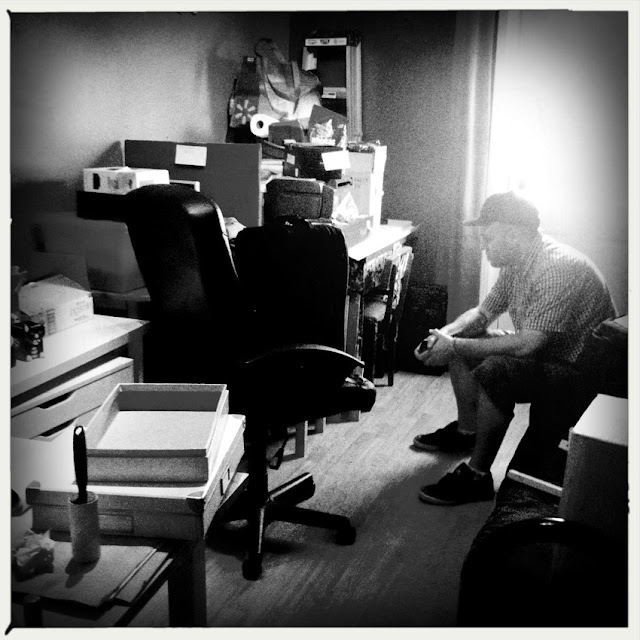 So, packing up my old studio (which I was not supposed to do, the movers were supposed to, but no way man!) was kind of sad. I am moving to Ottawa because of my partner being relocated in his government job. Ottawa is the capital of Canada for you non-canucks. But its smaller and more dull than Toronto. 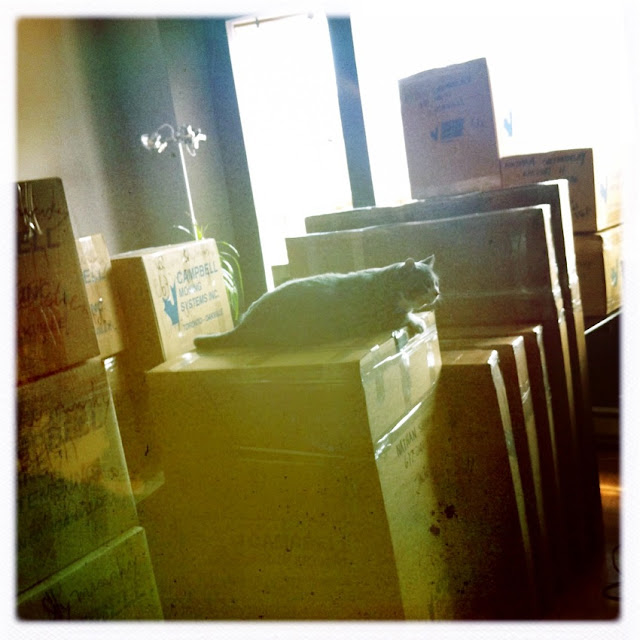 The movers packed (and overpacked) everthing we owned, and we had to squat in our entirely packed house for a night and it was weird. 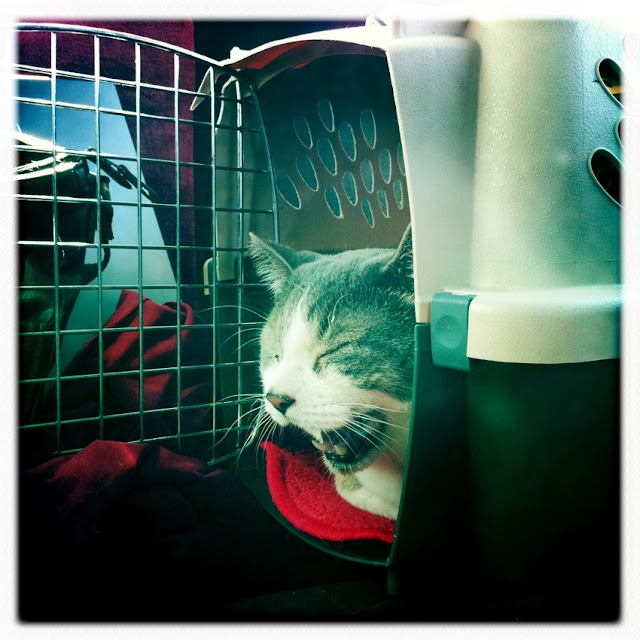 Rocko the Cat did NOT like going in the car. Six hours of an insane, freaking out, panting little nightmare. He took it out on my by constantly gouging my flesh when i tried to wrestle him from under the gas pedal. 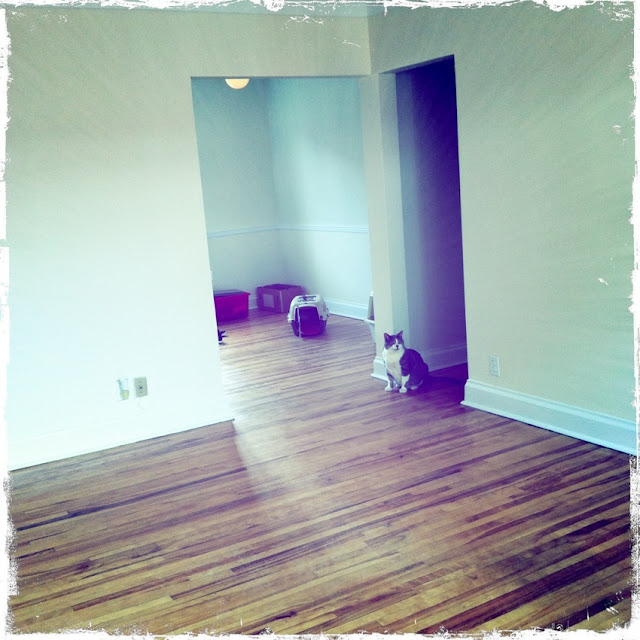 We had to squat AGAIN because the movers were delayed a day. It wasn't bad actually, its like camping with a kitchen and no bugs. 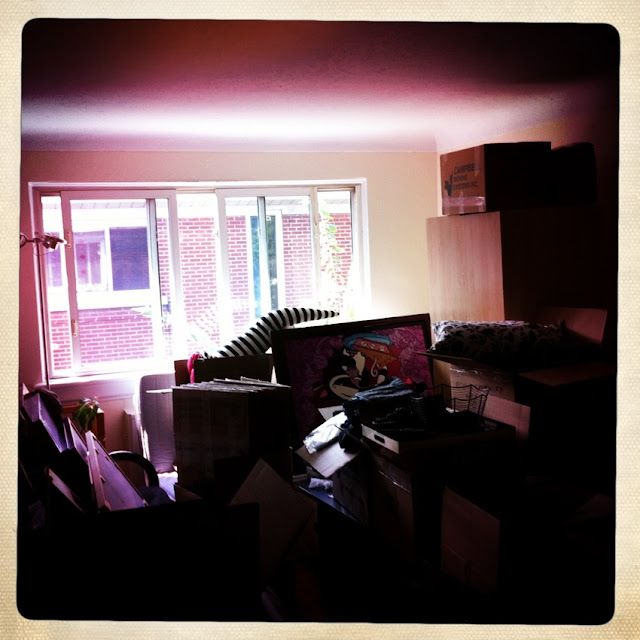 Then they delivered all our furniture and we had about one billion too many boxes for our new smaller apartment. UGHHHH. 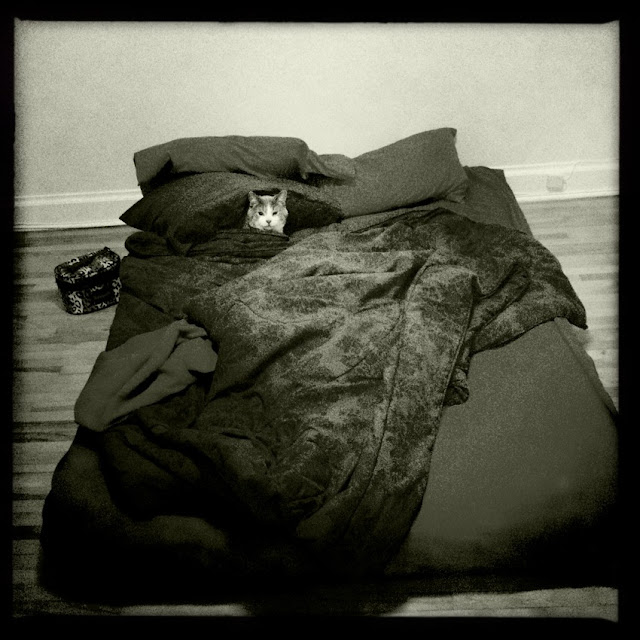 Rocko the Cat was in a constant state of terror for days. He won't eat or drink or walk normal (slinking around) and he hides constantly and I keep losing him and thinking he jumped out the window or flushed himself down the toilet. 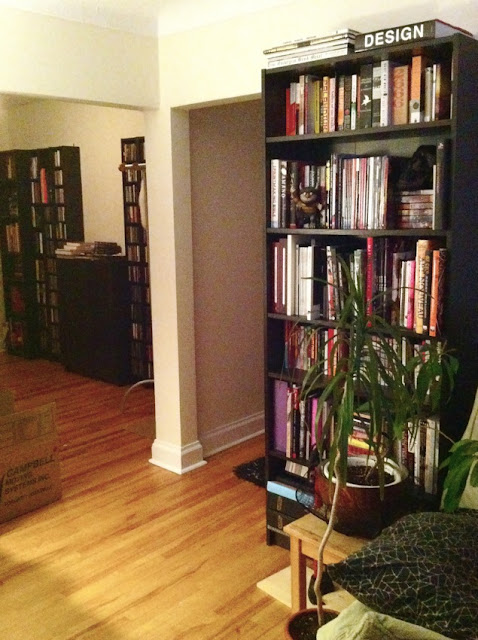 We eventually get ourselves out from under the mountain of stuff we own for some reason, and are playing adult and putting things on shelves. 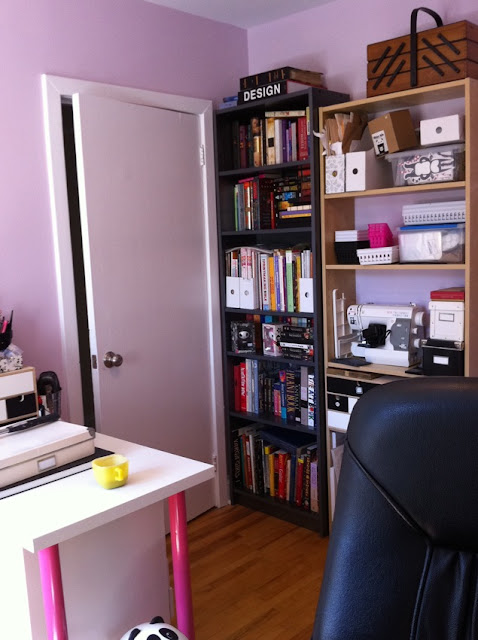 My studio is a nice greyish pinky purple. I painted it before the landlord told us not to paint anything because it cost him so much money to paint the whole place beige. (Um, I cannot live in a beige house! CAN NOT.) We may have to fight to the death. 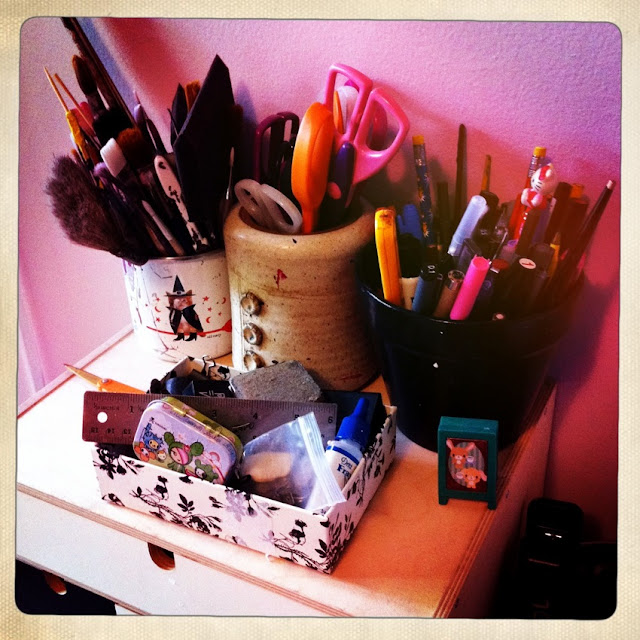 Ok, so now my "Woe is me, I am moving to Ottawa so I can't make bookmarks and stuffed dudes!" period is coming to an end. Back to work in my illicitly purple studio.

P.S.
-Ottawa is small.
-There are crickets and squirrels being noisy all day.
-Kids. Every person has a baby every 5 months here.
-I don't have cable anymore. SUCKS.
-Do people really put up paintings with those Command Adhesive things? NO ONE DOES THAT, LANDLORD. I need wall anchors for my heavy ass art.
-Oh yeah, back to work.
at 6:02 PM